Leadership is more art-form than science. It requires you to assume different styles for specific situations and contexts. 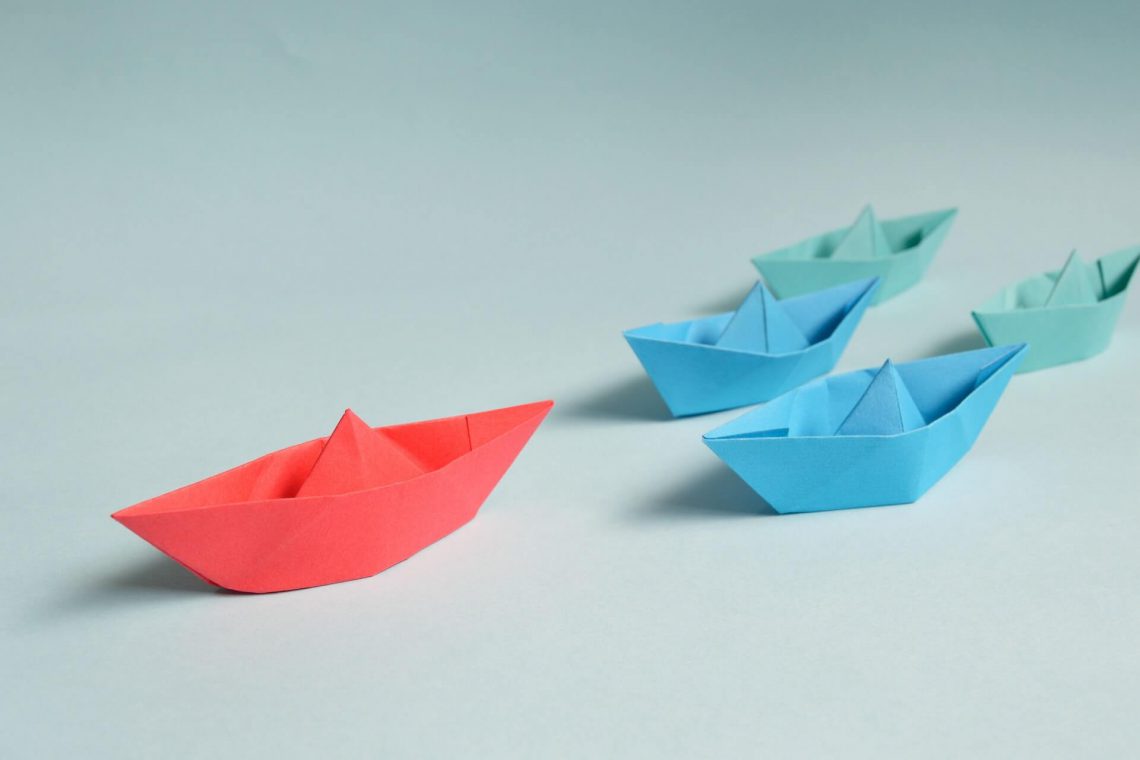 People are the single most important ingredient in any organisation. Getting the most out of your people can be a tough process. You can’t manage people the same way you do your inventory or expenses.

You’ll deal with different situations, each of which has a context that you need to react to, and that’s where the different leadership styles come into play. It’s my belief that a great leader acts contextually by employing the appropriate style for the situation they’re in.

Every leader has their own strengths and weaknesses, of course. But to be successful, you need to be able to act within each of the following four leadership archetypes. Furthermore, you need to know which to employ for specific situations and contexts.

Every successful business started with an idea. Through hard work and perseverance, that idea comes to life and turns into success.

Carrying out that idea and turning it into a success isn’t something that a person can do on his or her own. Some people’s biggest strength is coming up with ideas that can change the world.

This is exactly the role of visionaries. Their imagination rules over all other aspects of their personality. It’s of the utmost importance for an organisation to have a visionary. Without them, the law of business plateau is certain to apply.

Visionaries don’t just come up with ground-breaking innovations. They’re also able to look at things from a different angle and introduce new solutions. This is crucial to keeping an organisation growing.

Another important trait that visionaries have is the ability to move others. An idea doesn’t come to fruition if nobody believes in it enough to put in the hard work required to make it happen.

Visionaries are able to lead their teams from the starting point to the result they imagined. When you act as a visionary, you’re usually focused more on ideas rather than concrete solutions.

The road to business success is full of bumps. More often than not, visionaries can become blind with their ideas and overlook the problems that arise in execution. That’s where the problem solvers come in.

Meticulous and quick on their feet, their main strength is the ability to deal with issues as soon as they arise. Problem solvers don’t freeze when they see an obstacle, they don’t obsess over the problem. They are well-known for their incredible work ethic and ability to fix mistakes that nobody else can.

The problem solver is a strong driver who may sometimes be perceived as ruthless with their management. This is what gives them the power to deal with the problems that a business might encounter on its way to success.

However, as you might imagine, this can sometimes result in conflicts.

While the previous two types focus on goals and issues, peacemakers devote their energy to people. Even though visionaries and problem solvers have some degree of people skills, peacemakers dominate in this area.

Having a strong sense of community, peacemakers are able to create an atmosphere of empathy and mutual respect. They’re excellent mediators who know how to turn even the worst of conflicts into constructive discussions.

The role of peacemakers is irreplaceable in an organisation. Having many people working towards the same goal doesn’t mean that they will have the same approach. Disagreements are quite common, and it’s necessary for you to have a person who knows how to deal with them.

In person, peacemakers are caring and empathetic. They’re great at reading people and figuring out their needs. This allows them to see into interpersonal issues and find a solution that works for everyone.

They’re also essential for creating strong bonds between the people of an organisation. They care about the mental and emotional state of everyone within the company. This is why they are great at creating a support system that makes everyone feel safe and valued.

As a peacemaker, you match the organisation’s values with the individual’s personal goals and values. Such alignment ensures great engagement and performance. In some ways, this is similar to the visionary style in terms of having a clear goal of what the organisation should look like.

While visionaries focus on the outside of the business, peacemakers do the same for the internal culture.

Whenever there’s an important change that an organisation needs to make, the transforming leader initiates and follows through to completion. They are the one that knows how to identify that that needs a fresh perspective, and then to design a system to deliver it.

They will know how to design the right metrics to measure success, and they know how to develop a clear strategy towards achieving the transformation.

Personality wise, they’re decisive and disciplined and have a low appetite for risk. They will look to operationalise and industrialise to remove variability from the system to give the organisation every chance of success.

As a leader, you may become enamoured by your leadership superpower and focus all your energy in just one of the archetypes. To truly be successful you need to be able to provide each of these leadership types to your organisation, and when you bring them together, there’s a synergy that amplifies results and everyone’s abilities.

Mastering these four leadership styles allows you to act according to context rather than based on preconceived notions of what a leader is.

You can expect some challenges as each leadership styles requires you to develop different skills. You’re likely more inclined to one of the types over the other three. You will need to work at the other types but this is also a clue as to where you should bring in complimentary talent to fill these gaps for you as you develop in these areas. They will also be great examples to learn from.